Available : On Demand Without Variation.

There Fantail is a popular breed of fancy pigeon. It is characterised by a fan-shaped tail composed of 30 to 40 feathers, abnormally more than most members of the pigeon family, which usually have 12 to 14 feathers. The breed is thought to have originated in Pakistan, India, China or Spain. There are several subvarieties, such as the English Fantail, the Indian Fantail, and the Thai Fantail.

The Indian Fantail pigeon is a breed of fancy pigeon; it originated in India.

They have a distinct fan shaped tail, and are bigger than the English Fantail pigeon. Indian Fantail pigeons are most commonly white with light tan spots, although breeders have introduced more new colours. Their feet are covered in feathers, and the birds walk on their toes. Their average weight is 13 ounces (369 g) and their average length is 11 inches (28 cm). The chest is carried upright so that it is higher than the bird’s head, which rests back on the cushion formed by the tail feathers.

Indian Fantail pigeons usually lay 2 or 3 eggs in a clutch. Hatched fledglings take at least 4 to 6 weeks to fly and leave their home. Usually a breeding pair can lay eggs around or after 21 days from the first hatch.

Be the first to review “Indian Fantail” Cancel reply 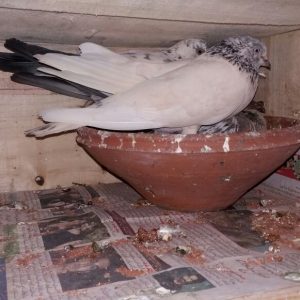 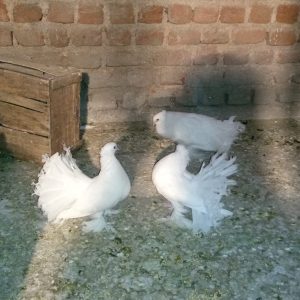 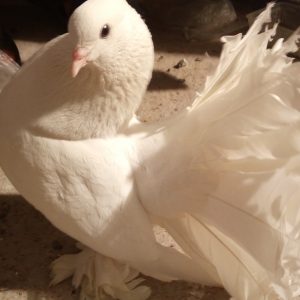 Please Read About Us before Buying or Selling of Pet Dismiss